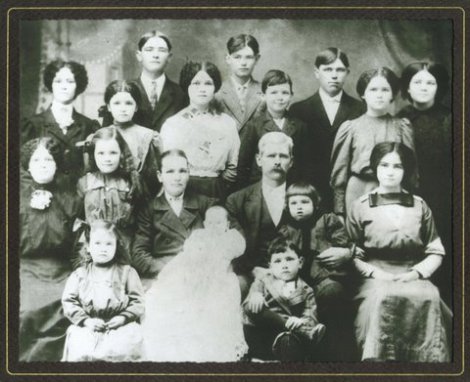 All through my youth
When I was just a boy
I’d ride with my Dad
In our old station wagons
(First a Ford, then a Chevy and, at last, a Pontiac)
On the many errands he’d run
(those that often annoy)
For gas and groceries and to pay the bills
Over and over, month and year again.

We didn’t have much time together
My Dad and me
Six day work weeks for him
And sometimes, even, seven.
So he’d take me with him,
On family errands we’d go
The times we shared driving
(and sitting)
(and talking)
Built the bonds between Dad and son.

Ball games were few
We seldom played “catch”
The fish we fried
Were always store bought
Having never fished together
There were none we ever caught.

He worked so hard
(So damned hard, and long)
ALL of his life
So that his children would prosper
And hope for very little strife
To church he would take us
To learn of HIS ways
And then he would rest
(most Sundays)
From his work filled days.

Before the sun dawned
He would rise for the day
And drive off to his jobs
So we’d have a better way
Than he had known
On the farm and in the fields
For the love of his children,
His own life he would yield.

He taught me devotion
To love life, like no other
By the care, love and concern
He showed for my Mother.
He loved us by working
So hard, all of this days
And taught us to do the same
His daughter and his boys.

He knew no other way
Than to give of himself
Through labor and devotion
By his deeds he would help
His children to grow and
To learn and to live
For me, sister and brothers
The days of his life he did give.

He watched as we grew
And learned of this world
He smiled as he worked
For his family, each day
Like a banner of pride
His heart ws unfurled.

My Dad is now gone
And is no longer among us
His work-calloused hands,
No longer may I grasp.
But the love and devotion
That he freely gave us
Is MUCH greater treasure
Than any for which I may have asked.

It guides me each day
As I STRIVE to do the same
As my Father before me,
Did EACH and EVERY day.
If I could give my own children
Just one tiny measure
Of the gifts he gave me
Then mine would possess
the world’s greatest treasure.

In memory of Hubert Hefley Lindsey, born September 22, 1911; 16th child of William Jasper Lindsey and Martha Emma Christina Lucinda Mull Lindsey. Died the day after Thanksgiving, 1971, at 59 years of age. I wrote this poem in 2009, when I was the exact age as my Dad when his life was taken from him. Devoted brother and uncle. Loving and true husband to Dorothy LaVerne Miller. Father to David Michael, Steven Edward, John Wayne, Marilyn Elaine, Harold Hubert and Paul Jeffrey Lindsey. Grandfather to nineteen. Great grandfather to twenty-eight (at least…I may have under-counted). Written by Steven Edward Lindsey.